For many years Ms. Travis interbred these unregistered dogs, without any specific intent of beginning a new breed. She liked their diminutive size, coupled with their active character and intelligence, and that was reason enough. Still, these dogs are acknowledged to be the foundation of the MAS. 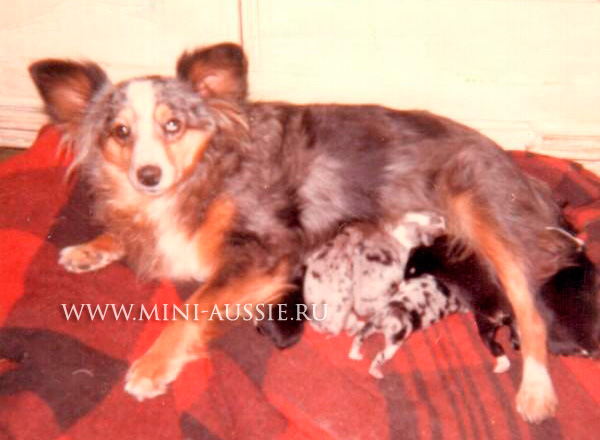 Below is Travis' Puppy and her with her first litter born in 1968. 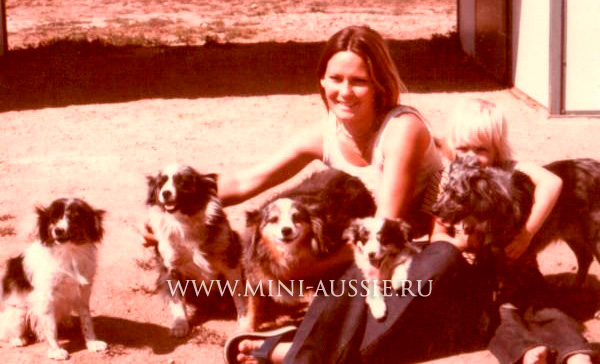 "In 1962, I was almost 16 years old and I bought a Australian Shepherd puppy from a friend of mine at the Torrance Rodeo. I knew this puppy's parents and was anxious to get her to someday breed to my Aussie male. I soon realized this wasn't going to happen as she "Puppy" only grew to be approx. 11". 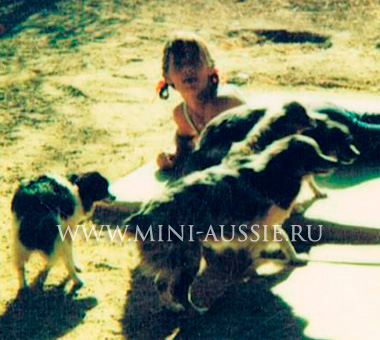 In 1968, I found a small Aussie male and I bred Puppy to him. The whole litter stayed small, 9" to 13". Realizing their popularity, I talked with a Vet and he advised me to "inbreed, line breed and cull", so I did and overall I was very happy with the small size and conformation.

Although I never asked if "Puppy's" parents were registered, nor did I ask if the male I bred her to was registered, at that time in my life it wasn't important to me to have a registered dog, but I did care that they were in fact Australian Shepherds.

The general public that would see these little dogs immediately called them Miniature Aussies or Aussie puppies. It wasn't until years later that the Mini Clubs were formed that the two sizes were introduced, the Toy and the Miniature. Under those guide lines, almost all of my dogs were Toys.

Hope I have enlightened you somewhat on the true history of the Travis Dogs." 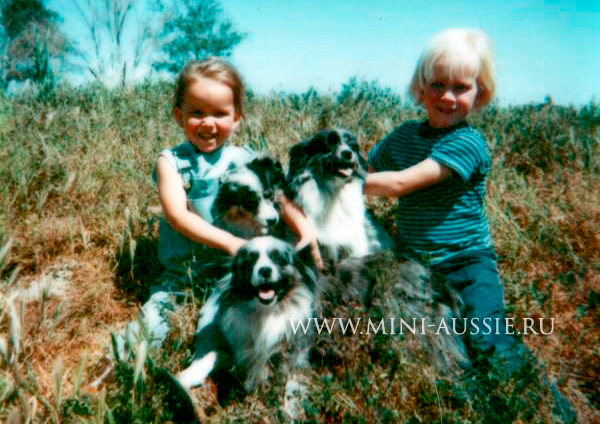