Chas Lasater - horseman is a California, mini aussie breeder. He became interested in breeding miniature shepherds at about the same time as the spouses Bob and Doris Cordova.

In 1980, Hour bought his first Australian Shepherd. She was a blue merle female Valhalla's Cookie (referred to as Cookie Princess Caroline in some sources).

Kuki was a standard sized Australian Shepherd dog with an official ASCA pedigree and ancestors known beyond 7 generations. She is a descendant of dogs from the well-known kennels of the Aussie workers "Las Rocosa" of the Hartnagles family, the "Flintridge" of Weldon T. Heard, as well as the dogs of Jay Sisler. 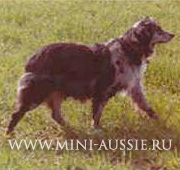 In 1981, Chas breed Cookies with the famous Cordova's Spike, which was the only officially registered Mini Aussie at that time in the National Stock Dog Registry (NSDR). This marked the beginning new miniature aussie kennel - Valhalla's. 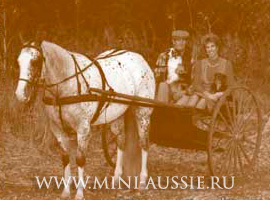 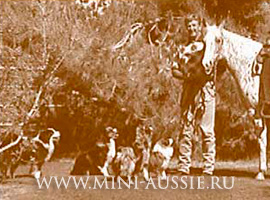 Chas Lasater and his mini aussie
Photos from the personal archive 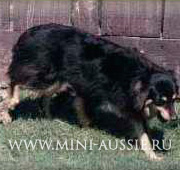 Lasater’s dogs were registered through the National Stock Dog Registry (NSDR) and the American Kennel Club like Australian Shepherds, smaller than the recommended size.

Lasater, Cordova and the Kennedy’s together attempted to form the first parent club for the miniatures. Although the club never quite got off the ground, their stated purpose for developing the miniatures was to produce an Australian Shepherd under 17" who had the heart, intelligence and drive to work stock, and yet be small enough to travel easily to stock shows and be a "house" dog. 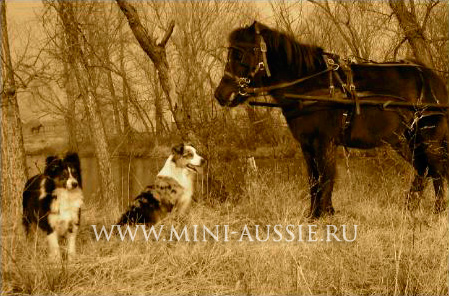